You may or may not be familiar with the terms, “Introvert and Extrovert.” I’ll give a brief description about what they mean. Introverts are associated with reserved behavior, tending to be more shy and quiet in social situations. Extroverts however, tend to be more outgoing and expressive when surrounded by others. So what does this have to do with performing in front of an audience? For an Extrovert, this might be easier to do. Hopping up on that stage and getting the job done would come off as no problem. For an Introvert however, this situation would play out in a completely different way. From their point of view, it’s a little like this. Every person in the audience is watching you, waiting for your next big grand trick. The attention is overwhelming, overpowering, too much to handle. The cheers are one of two things: Louder than a shampoo bottle falling over in the shower, or that eerie silence that occurs when you do something you know you’re not supposed to do. There is no in between. At least not for an Introvert. You can take it from me, a former Introvert. I say former because I find myself with little to no problem performing in front of an eager audience these days, and that’s because I reassured myself with a few simple tips, which I will now share. 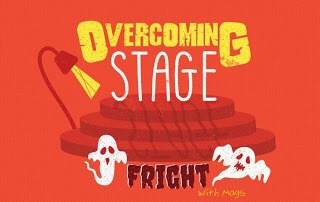 One of the most popular pieces of advice I’ve been given for overcoming stage fright is, “Picture everybody in their underwear,” which is dumb for multiple reasons. For starters, doesn’t that make it even weirder considering you’re the only one clothed? We can go ahead and throw that out the window. So what else? Remind yourself that you’re not the only one performing. There are multiple routines and acts besides yours, so it’s not your responsibility to carry the show. Unless of course, you’re a one person show. Under those circumstances, it’s easy to mess up. Play off your mistake with a joke, or a witty expression to the audience. If you can perform in front of your friends, you can surely perform in front of an audience, right? Okay okay, I can hear you all screaming in the back, “Performing in front of your friends is easier than an audience where you barely know half the names of the people in it. You’re being closed minded Mags.” But see, here’s the thing. An audience of people you barely know and a group of friends you know like the back of your hand are the same thing at the circus! We’re all one big circus family, cheering on and supporting each other no matter what! No one is out to get each other, or prove that they’re better than the rest. And nothing is gonna happen if you mess up. The ground isn’t gonna open up and start emitting dinosaurs to the top ground. The trees aren’t just gonna grow arms and legs and start roaming the earth. Not only is that scientifically impossible, we can all agree that it just isn’t gonna happen, right? 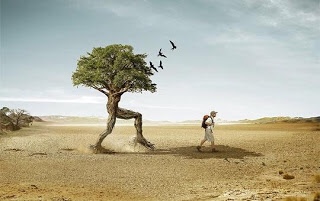 Let’s talk about that a little more, mess ups. They’re very common, all too common. If you’ve ever said to anyone, “I’ve never messed up in my life,” It’s very obvious that you’re lying. Come on, you’re not an alien, you’re human. Unless you’re not a human. Shout out to all the other species out there. Back on topic, “What if you forget your lines, or your next big trick on your apparatus?” One of the best pieces of advice I’ve been told about this situation is that the audience doesn’t have to know that, and they don’t! Going into depth about what I said earlier, play it off with a joke, or use body movements to fill that empty void of stillness. There’s no way the audience is gonna know your routine from top to bottom. I can confidently say there isn’t one show I’ve done where I didn’t mess up at least once, but I didn’t let the audience know that, because i didn’t have to. 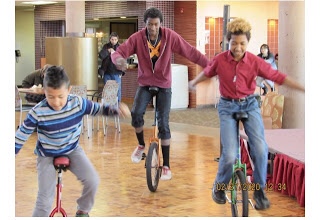 I’ll present a few examples to dumb it down a little. On the 27th of February 2020, I got the chance to perform at my school in a variety show. I had two jobs. One of which was to perform a Juggling routine from an earlier show. When it was my turn, I got up on stage and did the routine as best as I could. In my first minute, I ended up dropping the last catch of my trick. So what did I do? I improvised, looked up to the audience and shrugged. Playing off of this mistake, I purposely dropped the last catch of the rest of my tricks, except for the last one. The crazy part is (get this) the audience didn’t notice a thing! If they did notice, they’re automatically good people in my book because they didn’t say a thing. One more example, I promise I won’t take too much of your time. Wise Fool New Mexico has an annual summer camp show where the kids take the skills they’ve learned over the past two weeks and put it into a show. During the last 2019 show, my brother and his two friends had a scene that was supposed to introduce a Dragon into the story. I wouldn’t be telling this story if something didn’t go south, and it did! The Dragon prop was delayed for whatever reason and missed it’s cue. So what did they do? What could they have possibly done in that situation? Did they cry? Did they tense up? Not at all. They went with the flow, improvising jokes and claims questioning the Dragon’s existence. And it worked! The audience wasn’t even suspicious, and just like that they had convinced the audience that the show went exactly as planned!

And now, the last tip I’ll be disclosing and arguably the best (drum roll please)… don’t be worried about what other people think about you, they’re too busy worrying about what you think of them! Think about it. You’re never gonna get up on that stage if you let other people’s opinions hold you back, and that’s on period. There are bigger fish to fry, like the critics who boo people for nothing but their own enjoyment. That’s disgusting.