I recently had the opportunity to interview Nicole Feld of Feld Entertainment and producer of Ringling Bros. and Barnum & Bailey Circus on the phone. Here is a little bit of what we talked about. 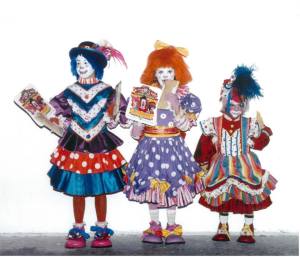 Matthew (M): So you grew up in the circus, and on the Ringling Bros. Facebook page they put up a picture of you and your sisters (Alana Feld and Juliette Feld) as clowns. Do you have any specific stories or memories you would like to share with us about when you were little?

Nicole Feld (NF): My sisters and I were really fortunate because we were allowed to have the best of both worlds. When I say that I mean we had a privileged education and a private school, and then we were able to have this whole other life which was growing up around the circus and Disney on Ice. The clowns basically served as our babysitters and they also were early educators for us. Some of the skills that I have today that I wouldn’t learn anywhere else, I learned from the clowns. [For example,] I learned how to sew. We learned how to play some musical instruments, and they always had great crafts projects for us. We were decorating backpacks or making agent suits for our stuffed animals. In the picture that you are referring to, the clowns actually got together and made us our own agent suits, so we were able to fit in with the Ringling Bros. and Barnum & Bailey clowns. Whenever the show would come to our town, we would actually get to perform with the clowns. We’d go to the show really early in the morning in time for the first show, they’d put clown makeup on us, we’d get dressed, and we’d go an participate in the clown gags. Our father (Kenneth Feld) always insisted that we worked a three show day so that we understood just how rigorous the lifestyle was. He wanted us to have an appreciation for what it actually took to be a performer.

M:  You worked with your father producing the circus for years and then you took over that task with your sister (Alana Feld) for the 140th edition, Ringling Bros. and Barnum & Bailey presents Barnum’s Funudrum! What was the transition like?

NF: It was good. Since I started with the company (Feld Entertainment) in 2001, I’ve been getting mentored by my father and working closely with him on all productions. It felt really good to be able to work with my sister. All three of us worked in the business, but to be able to actually collaborate on a project was really fun. My sister, Alana, really brought a different sensibility to the circus because she hadn’t been working on it for as long as I had. The two of us together, being a younger generation than our dad and being of the same generation that parents are today that bring their young kids, really lends a perspective of relevance and a true depth of understanding what the audience is looking for in entertainment. 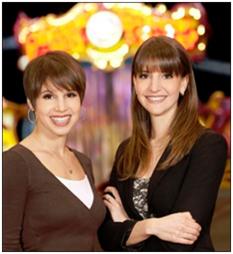 M: In 2006, you guys “modernized” the circus with additions like the large video screens. What was the motivation behind doing that?

NF: At that time we had realized it had been 50 years since the last time there had been an reimagination of Ringling Bros., when my grandfather brought the circus from the tent into the arena. Today’s audiences are looking for something a little more updated than what they were getting out of entertainment. As we continue to move forward we look at the live entertainment landscape and at what kids and families are in to-what their patterns are, what they’re looking to see, what they gravitate to, and what resonates with them. Ringling Bros. has always been about adapting entertainment to whatever the demands of the era are. I think that we’ve only been able to sustain ourselves and stay around for as long as we have been and continue to be because of that fact. We are always looking to change and improve, and continue to be relevant to our audiences.

M: When you design a show, how do you come up with the initial concept for a theme?

NF: That’s always the most challenging part. Sometimes it has to do with the collection of acts we’ve already hired, sometimes it’s an anniversary. When we did Dragons (142nd edition), it was the year of the dragon. You referred to the 140th, and that was Barnum’s 200th birthday, so it gives us a reason to celebrate. Sometimes it has to do with the themes and trends that kids are into today. When we created Built to Amaze! (143rd edition), there’s a fascination with young children and everything construction and how things work and what goes into the making of everything. We tried to create a show that satisfied that curiosity. As we move forward, those are the kind of concepts we look at. 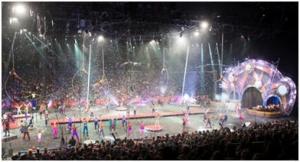 M: How much of the show is planned and predetermined before Winters Quarters starts and how much is designed there?

NF: All of it is planned before Winter Quarters starts. We actually are planning the shows one or two years in advance. The talent scouting and act booking process is ongoing, the creative team is hired a year prior to Winter Quarters beginning, and we meet regularly. By the time we get into Winter Quarters which is the rehearsal period, the entire show is planned out. Every moment is staged on paper and with models. We actually created the show in one inch model scale. We build a model of the set and all of the set pieces, use little figurines, and we move all the elements around and test out staging and parade patterns, the size and logistics so we know what can fit backstage, how we’re going to be able to move and travel the show, and all of the traffic patterns. When all of the performers come from all around the world at the start of Winter Quarters, we can just literally replace where we had the “X” or the figurine with real people and be very efficient in our rehearsal process. It’s a major undertaking; you’re talking about 80 animals, 120 performers, a crew of 50, so it’s a lot to communicate. Most people don’t speak English, so you’re communicating in four to seven different languages. We need to be really organized so we can plan way in advance and not waste our performers’ time, be completely efficient and open on time. 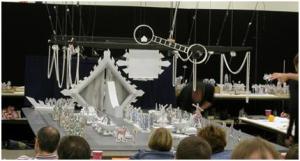 M: Where do you find your acts? Are there certain festivals you like to go to scout talent?

NF: There’s always a variety of festivals and showcases we attend, but often times it’s the not obvious place. [This might be] A school in Colombia, or some up and coming talent in the Ukraine, or different schools in China. Or, if we have the idea to put something together ourselves, then we’re finding the individuals who can accomplish that . It’s really from all over.

M: Can you tell us anything about the upcoming 145th edition of Ringling Bros. and Barnum & Bailey Circus?

NF: We are in development and we just had our white model meeting last week. It’s all about absolute extremes and polar opposites. Everything is the highest, the fastest, the funniest, the most daring, and the acts come from absolute extreme places. There’s going to be a lot of humor in the show which we’re really excited about. We go into rehearsals at the end of November, and for the first time we are going to be rehearsing Ringling Bros. at Feld Entertainment Studios in Ellenton, Florida. We relocated and consolidated our entire headquarters to Ellenton, Florida. We have over 600,000 square feet, which is the second largest facility in Florida next to NASA. We are able to rehearsal both the Red Unit of the circus and the Gold Unit of the circus next to each other at the same time. At Feld Entertainment Studios we are able to build all of the scenery, we have a costume warehouse with over 10,000 costumes, all of our tech support is located there, and our marketing and sales, transportation, procurement, all of our logistics, IT, creative services are also there. We also have 35 bays for monster trucks. Everything is located in one place, so it’s pretty amazing. Right now we are in rehearsals for Disney on Ice presents Frozen. 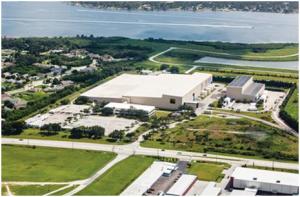 M: What is your advice for youth that want to get involved in the circus whether it’s the performing aspect or the behind the scenes aspect?

NF: I encourage every youth to follow their dreams and be persistent and passionate. It’s the same advice I would give anybody; be passionate and don’t give up. Sometimes it takes longer to get where you need to get, but we always love new talent here whether it’s behind the scenes or as a performer. We actually are in much more need for people behind the scenes because I think in a lot of ways people view that as less glamorous. The circus industry is small and there’s a lot more talent than there is opportunity. We are always looking to give somebody who is hard working and passionate and organized and creative an opportunity here. I would strongly encourage people to learn as much as they can anywhere they can possibly learn it, and bring that experience to us to work with people and cultivate it.